Setting Goals that Work: How to Beat the Lazy Brain 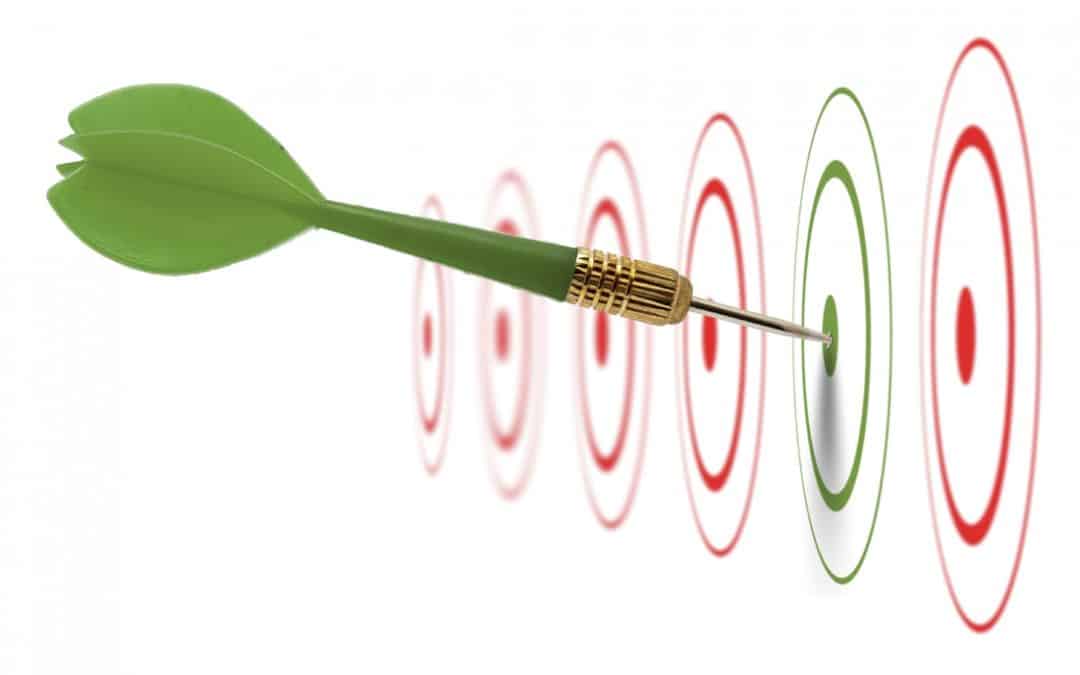 One of the most dangerous forms of human error is forgetting
what one is trying to achieve.
– Paul Nitze

Happy New Year! Last week we talked about…nothing, for your humble author was celebrating the holidays with friends and family. But the week before we discussed the brain’s irrational overvaluing of things it owns, even if what it owns is nothing more than a preference for Coke over Pepsi. Given our love of setting New Year’s goals that are then thrown away faster than an ugly Christmas sweater, today, we will talk about settings goals that work.

My lovely wife, Devon, is a dynamo of physical activity. Every warm weekend she will be found scaling the mountains surrounding our Utah home, her sedentary husband dragged along for the fun. While my idea of vigorous exercise is setting a new record in a pie-eating contest, Devon spends her evening pie-eating time at the gym instead, eating no pies at all and doing something called “Zumba,” which I assume is either some kind of group workout or a form of exotic Mongolian throat singing.

Although Devon normally enjoys her workouts, around this time of year she comes home from the gym as grumpy as a grinch. Why? Because the place is absolutely packed. While normally able to go to class a few minutes early and get a good spot, she now finds herself having to arrive half an hour in advance to even get through the door. This has happened every year I have known Devon, but she usually keeps her cool, for she knows that by the time February rolls around the workout classes will once again have plenty of room.

Why is it that Devon and other fitness junkies can keep the physical activity going all year round while the rest of us give up within weeks, if not days? Why do good intentions crumble so quickly under the onslaught of our brains’ own desire to not do stuff?

Because brains are built to be lazy, of course.

The human brain is a remarkably high-energy organ. Despite weighing only three pounds, it uses a whopping 20% of all the calories we take into our bodies. And that’s when the brain is at rest; when thinking hard the brain can use even more. Quite impressive for just 3 pounds of brilliant gray goo.

That brilliance comes with a significant metabolic cost. From an evolutionary perspective it’s dangerously expensive to support an organ that requires so much food. To counter the danger of starvation-by-brain-overuse, the brain evolved to expend as little energy as possible. In other words, it is lazy. This is a feature, not a flaw. If the brain burns a lot of energy doing something today that ends up being meaningless tomorrow, that’s a waste of energy. So it evolved to procrastinate. If it can do a lot of work and get certain results, but could get close to the same results with half the work, it is going to do so. It evolved to look for shortcuts. In a world where calories are scarce, those were the brains that survived.

In the wealthy modern world, however, the feature becomes a flaw. Despite having more calories available than could ever be consumed, brains continue to function as if our next meal may never come, so they try to get away with using as little energy as possible to get things done.

Daniel Kahneman, the great psychologist who won a Nobel Prize for his groundbreaking work, talks about this in his book Thinking, Fast and Slow. (Interestingly, although his work was in psychology, Kahneman won the Nobel Prize in economics.) Kahneman splits the human brain into two information processing systems that he simply labels System 1 and System 2. System 2 is the thinking, conscious part of your brain, the part that you would consider “you.” It is enormously intelligent and deliberate in its thought processes. It is also slow and requires lots of energy. System 1 is much larger. It is subconscious and not terribly smart, but it is very fast and requires less energy. When faced with a challenge, the brain defaults to System 1. It only engages the smart, high-energy System 2 when it feels it has to, or when we make the conscious choice to do so.

This is where goal setting comes in. Without goals the brain is much more likely to coast, to move from challenge to challenge using the easier, dumber, low-energy System 1. The power of goals is that they can guide our brain out of System 1 and into System 2, taking what might once have been a largely subconscious goal and driving us to focus consciously on what we wish to achieve.

Some types of goals are more effective at engaging System 2 than others. Without further ado, I present 7 strategies for setting a brain-smart goal:

The following story relates to that final point. Some years ago I met a gentleman named Brian. Brian was an exceptional engineer who had climbed to the top of his field at one of the most prestigious engineering companies in the world. One day external circumstances caused his company to take a massive hit. Large layoffs began. Brian, being one of the best engineers at the company, was safe, but a lot of his friends and coworkers were not. It was at that moment Brian found himself saddled writing a proposal to win the company a new contract. Brian hated writing proposals. If you have ever done so yourself, you know that for most people it is not enjoyable. It is long, tedious, frustrating work. Brian didn’t choose the goal; it was given to him by his superiors. So it was that a man who had always loved his work found himself dreading coming into the office each day.

Then Brian decided to crunch some numbers. After a couple of quick calculations he found that if his proposal was accepted and his company won the contract, it would bring in enough money to keep an additional 500 people employed and safe from layoffs. Suddenly Brian had a reason to care. His work on the proposal would save the jobs of hundreds of people, many of whom he would know personally. Even though the goal was unchanged — write the proposal — he now had a deep, motivating reason to care about the goal. (Brian’s company won the contract.)

Goals can often feel like nothing more than unnecessary busywork, especially in the workplace. But if we set goals that are specific and based on things we truly care about, then it’s not about the paperwork. Strong goals that utilize the strategies above really do increase the probability of success — personally and professionally — and make the journey all the more enjoyable.

Whatever your goals for the New Year, may it be your best year yet!