The Battle of Isandlwana: What One of Britain’s Worst Military Defeats Can Teach Us About Receiving Feedback 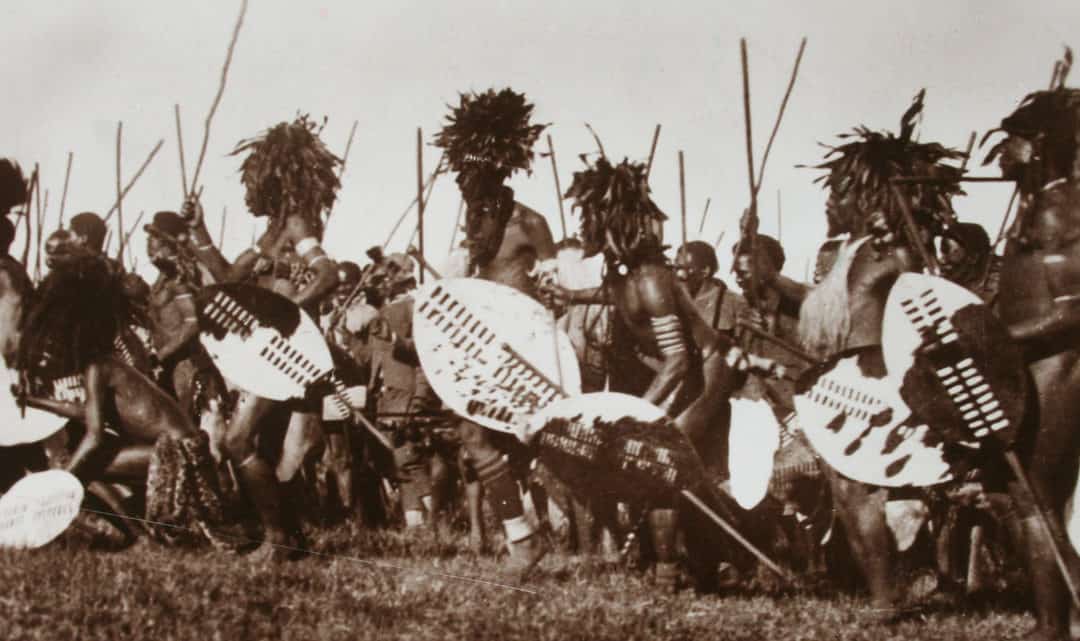 In?last week’s post?we talked about our brains’ resistance to facts and the importance of challenging our own beliefs. Today’s story is about the role feedback plays in our careers and our?ability to alter our brains’ mistaken beliefs. It is adapted from our book?Where’s the Gift? Using Feedback to Work Smarter, Learn Faster and Avoid Disaster.

On January 22, 1879, the British army suffered its greatest?defeat ever at the hands of an army equipped with primitive?weapons. A British battalion, equipped with artillery and modern Martini-Henry rifles, was effectively wiped out by a Zulu force armed with short stabbing spears, clubs and cowhide shields. The engagement came to be known as the Battle of Isandlwana.

As the sun set that day, approximately 3,000 warriors and soldiers lay slain on the field of battle. What stunned the British was that 1,329 of the dead were their own. Only fifty British enlisted men and five of their officers escaped.

How did an army equipped with artillery and rifles capable of firing ten rounds a minute lose almost as many men as an army equipped with clubs and stabbing spears? Even if the British were appalling marksmen?which they were not?and their bullets found their targets only one time in ten, they had the firepower necessary to inflict over 1,000 casualties a minute.

On the morning of the 20th, two days before that fateful battle, the British arrived at Isandlwana and set up a forward camp. The British commander, Lord Chelmsford, decided that there was no need to entrench his forces or even take the rudimentary defensive step of circling the wagons.

Early on the 22nd the British dispatched a scouting party who soon stumbled on a small group of Zulu warriors. The scouts chased this group into a dry river course, only to discover the main Zulu force of about 20,000 sitting in total silence. The Zulus had planned to launch their attack on the 23rd, but upon being discovered they went immediately on the offensive.

An officer arriving from another battalion gave the following account of the last stage of the battle from his safe vantage point atop a nearby hill:

?In a few seconds we distinctly saw the guns [artillery pieces] fired again, one after the other, sharp. This was done several times?a pause, and then a flash-flash! The sun was shining on the camp at the time, and then the camp looked dark, just as if a shadow was passing over it. The guns did not fire after that, and in a few minutes all the [British] tents had disappeared.? (1)

Tactical surprise and numerical superiority do not adequately explain how the Zulu army totally overwhelmed the British. Equipped with superior weaponry, the British battalion had the capacity to easily defeat a Zulu army of 40,000, let alone 20,000.? Furthermore, the initial distance between the main Zulu force and the British granted the latter enough time to move into an effective battle formation. As was typical for the British at the time, they chose to fight in a linear formation?a disastrous decision which made it easier for the Zulu warriors to utilize their speed and numerical superiority to outflank and overwhelm the British. (2)

On the surface, this British disaster was the result of two poor decisions: the failure to establish an adequate initial defense, and the subsequent choice of a linear battle formation upon engagement. The more fundamental reason, however, was the failure of the British officers to seek and heed the input of their local scouts.

The scouts, British subjects of European descent, had lived on the South African frontier for most?or all?of their lives. They understood the Zulu military strategies and their strengths. They were familiar with the battle tactics that earlier Dutch settlers had used to defeat Zulu armies that sometimes outnumbered them more than twenty to one. The scouts also respected the fighting capabilities of the Zulus. The British?officers, on the other hand, grossly underestimated the
discipline, motivation, speed, stealth and superb leadership?of the Zulu army.

The critical question is, why did the British officers choose not to seek or listen to the expert advice of the colonial scouts? In a word: arrogance.

The British saw the colonial scouts as ill-mannered, poorly-educated drunks. A sense of superiority rendered the British
officers incapable of accepting feedback from these less refined, less educated subordinates.

What the officers failed to understand was that the colonial scouts were in fact very well educated?not in the classrooms of elite British schools or military academies, but in the grasslands and bush of Africa.

How often, in organizations across the globe, do individuals and groups make disastrous mistakes because their egos prevent them from accepting feedback from those who are different from them, or from those who occupy positions of lower status or power? How often do insecure leaders view criticism as a threat to their authority rather than as a surer, shorter path to success?

It?s unlikely that you will ever have to risk your life in war. Nevertheless, the lessons of Isandlwana remain indispensable
to your career and your business. To avoid making poor?decisions?decisions that could undermine your career or the well-being of your company?you need to be open to feedback from those around you, regardless of their education, background, experience level or culture. It is easy to learn from the criticism of people we hold in high esteem and from those who are skilled communicators. What takes real skill and wisdom is to profit from the counsel of those we don?t admire, and from the rough and tumble ?scouts? in our own lives. As noted by Publilius Syrus, ?Many receive advice, only the wise profit?from it.?