The Curse of Criticism: Why Feedback Hurts, Even When We Want It 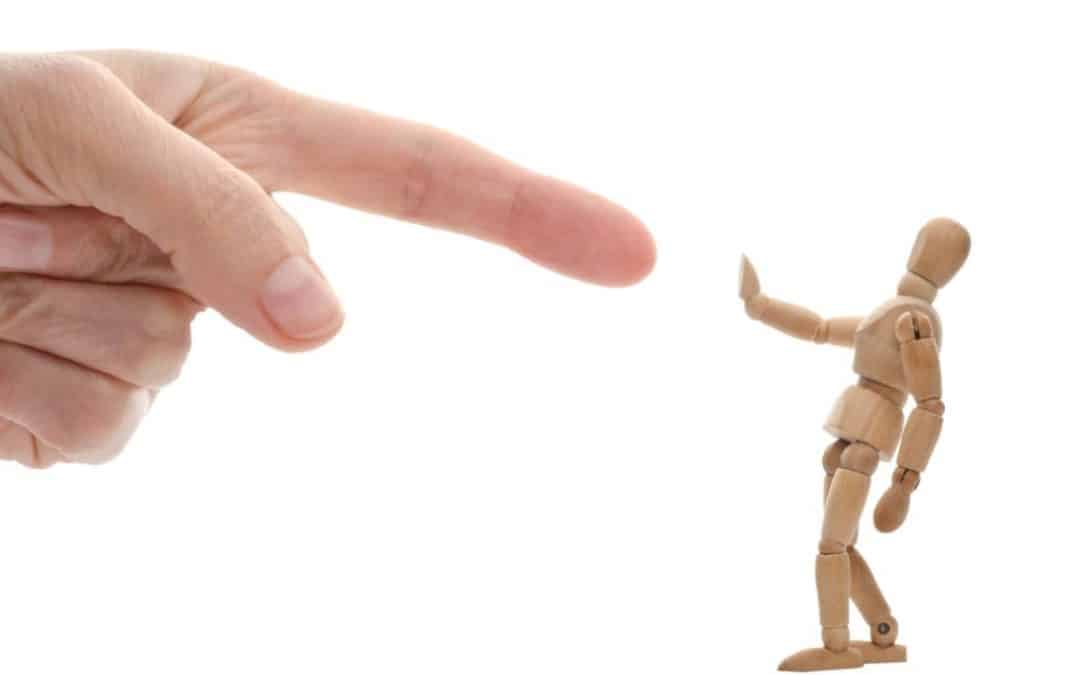 Advice is seldom welcome; and those who need it the most
always like it the least.
– Lord Chesterfield

Last week, we set the stage for the New Year with a discussion about goal setting and how to make goals actually work. This week, we will address a topic near and dear to my heart: the neuroscience behind why feedback conversations are so difficult. (The story below is from my book: Where’s the Gift?)

The most helpful criticism I ever received goes back to one of my earliest memories. It was in kindergarten.

I went to a strange little kindergarten. They handed out grades. Lots of grades. What they could possibly grade a 5-year-old on I do not recall, but I remember coming home every of couple months with a long report card full of shiny little star stickers to show my mom.

It said, “Michael-John is oversensitive.”

How did I react? Very oversensitively! I ran to my room. I slammed the door. I burst into sobs. I did not come out for a good, long time.
?
My reaction in that situation was a textbook example of how our brain responds when it receives criticism. Let’s explore that process in more detail.

When my mother read the note from my teacher, one of the first parts of my brain to process it was the amygdala. “Amygdala” is Latin for “almond”. It’s a little almond-shaped bundle of neurons deep in the center of the brain (there is one on each side). The purpose of the amygdala is to process and filter any incoming stimulus, sight, touch, taste, sound, etc. and determine whether or not the stimulus is a threat.

Once my amygdala decided the feedback from my kindergarten teacher was a threat, it sent a signal to the hypothalamus, another small bundle of neurons that serves as the brain’s hormone control center. As soon as the hypothalamus received the threat signal, it flooded my brain and body with hormones that activated what biologists call the fight-or-flight response. We either knuckle down and prepare to fight, or we run. In my case I ran, a tiny whirlwind of hate and tears.

We like to think that we are in control of our own brains. Allow me to bust that myth. Of the whopping 86 billion neurons residing in our heads, we only have direct conscious control over a tiny fraction of them. The rest of the brain just does its job, without us having any access to what it is doing or thinking. In popular culture, that part of the brain is called the subconscious. Conversely, the seat of the conscious self is in the prefrontal cortex, the part of our brain that sits right in the front of our forehead. Your prefrontal cortex is what you would call you. It’s the seat of your consciousness, your critical thinking, your self. Only once a stimulus hits your prefrontal cortex do you have conscious awareness of it.

Here’s the key point: the brain’s reaction to threat from the amygdala response to the hypothalamus to the body being flooded with hormones is managed entirely subconsciously, before the signal is sent to the conscious self in the prefrontal cortex. Contrary to what we like to think, emotions (and their concomitant actions) are not formed by our conscious selves. They are derived without any conscious control, before we are even aware of them.

Although it might not seem like it, this incredibly fast (but often stupid) amygdala response serves an important evolutionary purpose. While our prefrontal cortex is enormously intelligent, it is also very slow. For our ancestors to survive, we needed the brain to move faster than the prefrontal cortex could ever manage. If those ancestors saw something dangerous on the plains of the Serengeti, like a lion, it would not behoove them to sit down and think about it with their conscious mind. “Well, does the lion look angry right now? Could I perhaps pet its soft, fluffy mane?” No, they wanted to act and act fast, and feelings are what drive us to action. The amygdala is brilliant at doing that. And if it was stupid and made a wrong conclusion, which it often does — perhaps the supposed lion was just a tuft of golden grass in the distance? — the only cost our ancestors paid was in some wasted energy and perhaps a feeling of foolishness. Still, better to run when there is no threat than to sit around when the threat is real.

Here’s the problem. Our brains evolved to keep us safe from physical threats in nature. They were not built for the challenges of the modern world. Brains never evolved a process to differentiate between a physical threat like a lion and a psychological threat like difficult feedback and criticism. Unfortunately for us, the amygdala reacts exactly the same way in both situations. To your amygdala, criticism is precisely as dangerous as a lion that is trying to literally kill and eat you. It’s no wonder, then, that reactions to feedback can be so remarkably strong.

That’s why feedback conversations are so difficult! Our amygdala regularly activates the fight-or-flight response at unnecessary and inappropriate times, like when hearing criticism. In a world of physical threats, that wasn’t much of a problem; the cost of being wrong was so low. In the modern world, where the supposed threats are primarily psychological, such a reaction can carry an enormous cost. Even if some part of us wants the feedback, even if we went out and asked for it, the amygdala activates the emotions of the threat response — emotions we didn’t even choose to have — which cloud our judgment. We might miss the value of the feedback or react in a way that totally derails the conversation. Instead of merely feeling foolish, we may lose the lesson or even damage a valuable relationship.

Thankfully, we are not defenseless slaves to the unknowable whims of our subconscious. We have the incredible prefrontal cortex, the thoughtful, careful, considerate, conscious part of our brain. Once the signal hits our conscious minds and we are aware of our feelings and behaviors, we can give feedback to the rest of the brain and alter those signals. But the initial rush of emotion is entirely out of our control. When I heard that kindergarten criticism, I was running and crying to my room before I was even consciously aware of the words that had been spoken.

Thankfully my little 5-year-old brain eventually shut down its threat response and over time I worked through that initial rush of negative emotion. But it took a long while for my underdeveloped prefrontal cortex to talk back to the amygdala in an effective manner. I am grateful it did. I remember that feedback literally more than I remember what I had for dinner last night, and have been able to use it since then to not be so oversensitive?I hope!

What if we went back in time and somehow changed that feedback situation? What if my kindergarten teacher had given me the feedback a little more nicely, softened it up a bit? As a five-year-old, I can virtually guarantee I’d have forgotten it in thirty seconds flat. Interestingly enough — at least for me in that situation — the fact that it hurt a bit is part of what made it so useful, because it burned that feedback into my memory and motivated me to do something about it.

I still have my original kindergarten report card. It hangs happily in my home, a reminder of just how valuable feedback can be, even if it hurts like a @#$%@&. And if you want to learn more about the art of receiving feedback as a gift, check out Go Neuro’s bestselling book.

Comments or concerns about today’s article?
Have a question that would make a good topic for a future article?
Contact us!