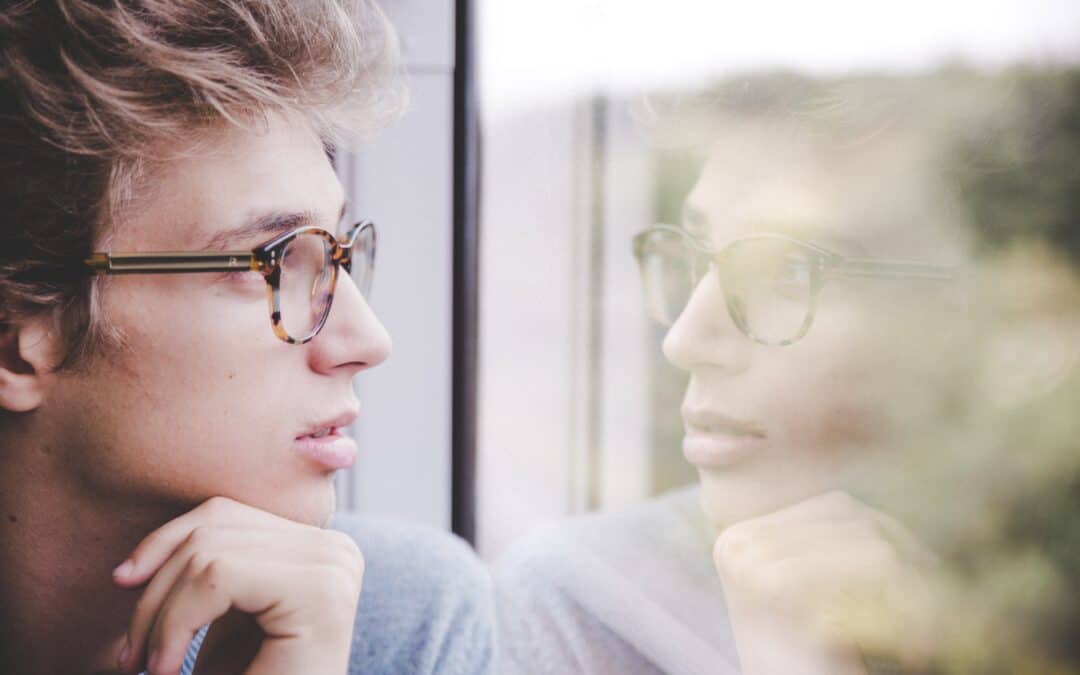 This article on narcissism was adapted from Michael-John’s Brain Basics session on August 29, 2020.

I love mythology, and would be remiss if we didn’t begin today’s subject with the story of Narcissus.

The most famous version of the tale comes from the Roman poet Ovid in 8 AD. Narcissus was the son of a god and a nymph. He was a hunter, but what brought him real fame was his incredible beauty. Many loved him, but he treated their affections with disdain, causing a frightening number of his admirers to commit suicide.

One day Narcissus was walking in the woods when Echo, an Oread (mountain nymph) saw him, fell deeply in love, and followed him. Narcissus sensed he was being followed and shouted, “Who’s there?” Echo repeated, “Who’s there?” She eventually revealed her identity and attempted to embrace him. He stepped away and told her to leave him alone. She was heartbroken and spent the rest of her life in lonely glens until nothing but an echo remained of her.

Nemesis (as an aspect of Aphrodite), the goddess of revenge, decided to punish Narcissus for his treatment of Echo. Once, during the summer, he was getting thirsty after hunting, and the goddess lured him to a pool where he leaned upon the water and saw himself in the bloom of youth. Narcissus did not realize it was merely his own reflection and fell deeply in love with it, as if it were somebody else. Unable to leave the allure of his image, he eventually realized that his love could not be reciprocated and he melted away from the fire of passion burning inside him, eventually turning into a gold and white flower.

Real narcissism is not nearly so poetic! The idea of excessive selfishness has been around forever. The term narcissism was not coined until the very end of the 1800s. It gained more common usage when it was the topic of a 1911 paper by Otto Rank.

It was Sigmund Freud who made the word famous in his 1914 essay titled “On Narcissism.” Freud compared narcissism to the way parents love their children. Parents tend to love their children regardless of their faults, to see their children as perhaps better than they really are, just as narcissists see themselves. But this was only Freud’s theorizing and has no basis in research. (One of my favorite psychology professors once said, “There are two things you need to know about Freud: he was wrong and he’s dead!”)

The term we use today, narcissistic personality disorder (NPD), was first coined in 1968.

Narcissism is not as clearly defined as other mental health issues, making it tricky to diagnose. Popular culture tends to throw the term ?narcissism? around a lot, so here’s what narcissism is not. It is not correlated with confidence, and it is not correlated with self-esteem (in fact, a primary characteristic of NPD is low self-esteem). We have a tendency to look at confident people we like and call them great, but to look at confident people we don’t like and call them narcissists. This is especially true if we experience conflict with someone.

Without enormous effort, we all become more narcissistic during conflict, which tends to lead to an over-labeling of narcissism. Also, virtually everyone has some narcissistic traits, even when perfectly mentally healthy, and our brain’s tendency to label someone as a narcissist when they appear to meet only a few traits is something to be avoided.

Some researchers also make use of the term “collective narcissism,” which is an inflated self-love for one’s own in-group. How people feel about their favorite sports teams is a good example of this, but we can also look at affiliation with religious organizations, political parties, and a range of other groups a person might over-identify with.

Are people becoming more narcissistic over time? Many love to think it must be true, but the evidence is not actually clear. In popular culture, it’s almost a rule that younger people are perceived more narcissistic than older people, which could be part of the reason we have a false impression of increased narcissism over time. There is some evidence that rates of NPD might actually be getting worse in the US and some other countries (research suggested a similar pattern in Norway), but that pattern began just after World War II, and does not correlate with the meteoric rise of social media.

What if we think we are narcissists? I hate to say it, but we don’t have a lot of tools to offer the struggling narcissist. There is no clear treatment path, medical or psychological, and we are not even close to figuring one out. There is evidence that therapies for other disorders do not cross over to NPD, making narcissists among the most difficult to help. Therapy remains the best tool we have, but it is not nearly as effective for narcissism as it is for other mental health issues.

What about dealing with someone else who you suspect is a narcissist? It’s important to mention that, just as most psychopaths are perfectly good people, one can be a narcissist and still be a healthy person. If I suspect someone might be a narcissist, the first question I’d ask myself is, “But are they a good one?” If they are, a person could develop a valuable relationship with them, but we would want to be far more careful with our boundaries, which a narcissist could take advantage of. Otherwise, just as with bad psychopaths, the best strategy is to avoid them as much as possible. (We also want to avoid the temptation to “fix” the narcissist or psychopath; they are much more likely to break you than you are to fix them.)

Want to learn more about Narcissism? Join the Brainiacs to access the full recording and list of references!