You Can’t Handle the Truth! How our Brains Hide from Facts 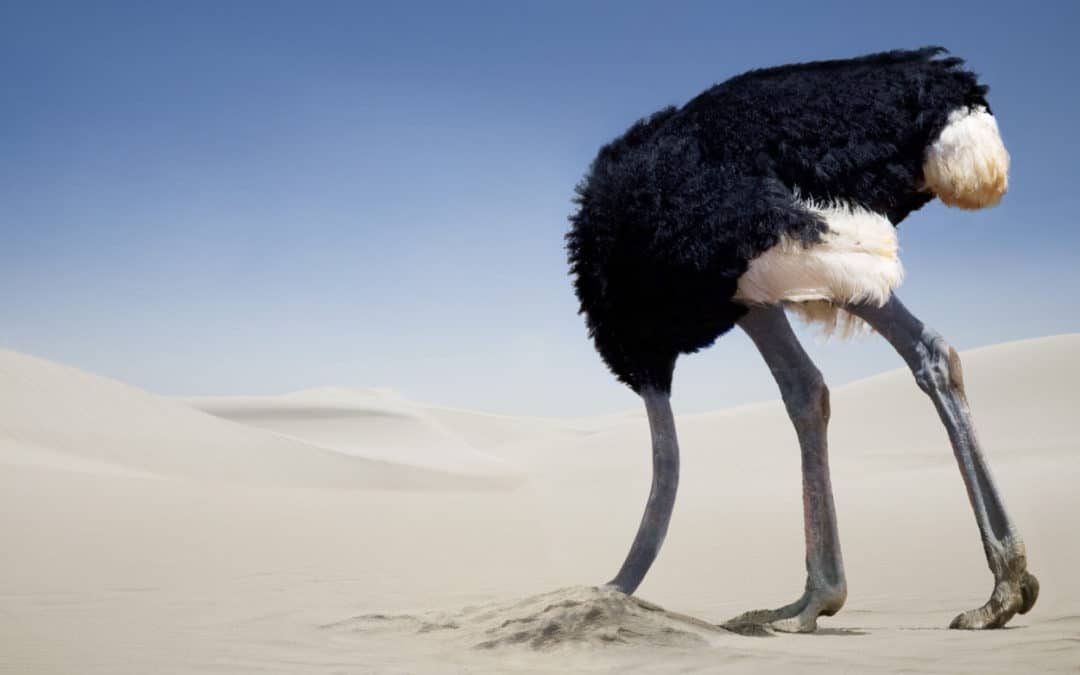 Last time?we addressed several strategies for breaking free of our career plateaus and taking our jobs to the next level. Today we get a little more…personal.

I am the proud parent of one incredible child. I have also lived the majority of my life in Utah, a land where single children are bizarre aberrations. Never being one to bow to peer pressure, I stuck by my decision to have one child, much to the satisfaction of myself and the horror of my grandbaby-loving mother.

One day I was visiting some dear friends who considered it their personal obligation to make as many copies of their genetic material as possible. They did so with great vigor, churning out what seemed like hundreds of children in a matter of days. (All of whom I hasten to say are adorable, worthy successors to their proud progenitors.)

“When are you going to have another child?” they would ask me on a regular basis. “Wouldn’t your daughter just love to have a sibling?”

“But,” they would sputter, “she’ll be an only child! Aren’t only children kind of messed up?”

Up to that point, I was having a perfectly delightful conversation. That last statement, however, drastically shifted my emotional gears.

“Uh, no,” I said, willing my emotions into check. “In fact, there are many benefits only children enjoy compared to those who have siblings.” I was clearly not believed. “There’s a lot of research showing that only children do very well,” I continued. “I’ll send you some!”

They expressed an interest in seeing that research and moved on to another topic, perhaps realizing this conversation would certainly not go anywhere enjoyable if we attempted to continue it in the moment. That night, being a man of my word, I reached out to my contacts in behavioral psychology and began to dig through the research. The next day I was so excited to share what I found with my many-childrened friends. “They’ll be so grateful to have the facts on the matter!” I thought happily to myself.

I rushed off an email highlighting pages upon pages of psychological research suggesting that only children do just fine (and in some ways do even better) than those with siblings. I also included a recent Time Magazine article that I felt succinctly highlighted much of the research in a quick-to-read and engaging format (it was?this very article, in fact).

“Thank you so much, Michael-John! This was very insightful research. We are confident your only child will turn out great!” is?how I thought they would respond, because I am an idiot. You, dear readers, might suspect their reaction was along rather different lines. In essence they said, “Regardless of what the research shows, we believe it’s important to have more than one child because we had siblings growing up and we think that’s what is best.”

This message was delivered to me with surprising passion, far more than I had toward the subject, even though it was my own child’s wellbeing they had put in question. I did not make the attempt to continue the conversation?which is probably why we are still friends today! But the experience stuck with me.

In the sciences we talk about falsifiability. When researchers posit a hypothesis, they ask themselves what they might be able to do to prove the hypothesis wrong?can it be proved false. If it cannot, there is little value in the hypothesis. Facts are those little bits of data that allow us to determine whether or not something has been falsified. If it is falsifiable but experimentation does not falsify it, we regard that hypothesis as true, unless/until we find facts that falsify the hypothesis.

But what if we have a personal hypothesis?a belief?that we really, really, really want to believe? Then facts that run counter to our belief become dangerous, and our brain does everything it can to keep our beliefs safe. Brains don’t care nearly as much about facts as they do about creating a coherent worldview. If something challenges a brain’s established worldview, even if that worldview is demonstrably wrong, it finds ways to deny the fact and protect the worldview.

Research has found?that if we are presented with facts that support our beliefs, then we share those facts and declare that our opinions are fact-based. However, if we are presented with facts that?contradict?our opinions/beliefs, we reframe our beliefs in a way that makes them less falsifiable, so the facts don’t matter. I saw this in my friends. I shared copious data showing that only children are not all “kind of messed up”. When I did they shifted?from saying they would like to see the research to ignoring the research and reframing their belief in a way to make it unfalsifiable: “We think that’s what is best.” They made it a matter of principle rather than fact.

No one comes out of this smelling like a rose, myself included. In elementary school years and years (and years and years) ago, I remember using a rather large, pretentious word that I’d heard my parents speak the day before. My teacher heard it and asked me to define it. Based on nothing but the context in which my parents used it, I invented a definition from thin air. It proved to be incorrect. When my teacher showed me this by pulling out a dictionary and looking up the word with me, I folded my arms in a huff and said, “Well, that’s not what it means in South Africa.” I used my home country to make my claims more difficult to falsify, thus avoiding the simple fact staring me in the face!

When a belief doesn’t matter much to us (most toothpaste is black), then a presentation of facts will allow our brains to rewire themselves without much difficulty (most toothpaste is actually white). But if we regard a belief as an important part of who we are (I will have multiple children, because only children are messed up), then our brain will fight hard?both consciously and subconsciously?to keep us happy in our beliefs, regardless of how correct or incorrect those beliefs might be.

If you discover a fact and you immediately feel uncomfortable, then beware. It probably means your brain thinks you can’t handle the truth. And by all means, have as many (or as few) children as you like!