Why do only a few people truly excel? Some point to innate talent. Others suggest education. Research doesn’t support either. In Where’s the Gift? you’ll discover the secret that few have learned: the ability to capitalize on feedback, in all its forms, will do more to drive success than IQ, education, or talent will. 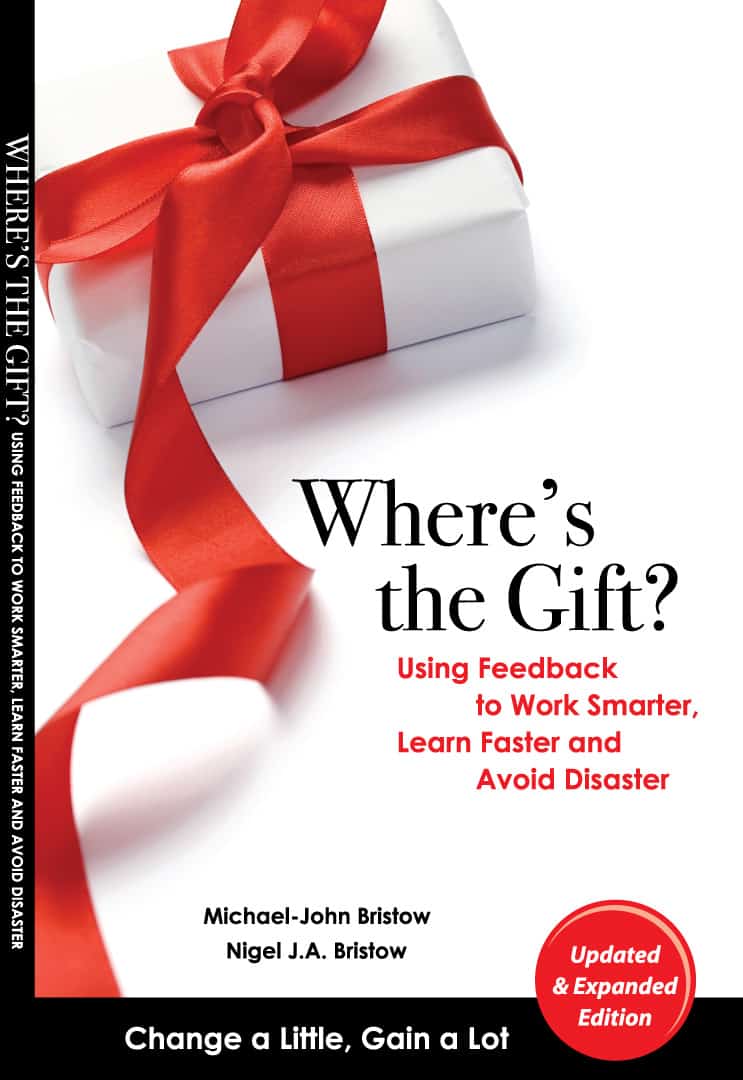 How the Hippo Lost His Hair

The first hippopotamus to walk the earth was not hairless like the hippos of today. He had a beautiful fur coat and a mane so thick it was rivaled only by that of the lion. Although his coat had been inherited from his ancestors, Hippo took full credit for its beauty and luster and showed it off whenever he could. In fact, Hippo would grow quite ill-tempered at night because the darkness hid his coat from the envious glances of the other animals.

Thanks to his elegant fur, Hippo didn’t need to sleep near the fire like the others–his coat kept him warm. Even so, each night Hippo would like just a little closer to the flames. He wanted the light from the fire to shine on his fur so everyone could admire it twenty-four hours a day.

One evening, Lion gave Hippo a gentle warning, suggesting softly that it might not be safe to sleep so close to the fire. Hippo ignored him. “Lion is just jealous,” he thought. “Jealous because all the animals can see both day and night that my coat is better than his.”

Jackal was also worried about Hippo’s coat catching fire. Jackal, however, despite her great intellect, did not have great tact. “You big hair oaf,” grated Jackal. “Your inflated pride is matched only by your girth, and it’s going to get you in trouble one of these days.”

Hippo was indignant. “I didn’t ask for her opinion! How dare she speak to me like that. When she learns to treat me with respect, I will listen.”

One night, disaster struck. Hippo slept just a little too close to the fire. A stray spark flew into his fur and his exquisite coat burst into flames. Hippo made a desperate dash for the river, but by the time he got there it was too late. Although he couldn’t see it in the darkness, his fur was gone. He spent the rest of the night in the cool waters of the river.

When the sun rose the next morning, Hippo climbed onto the riverbank and shook himself off. He turned to admire his reflection in the water. Instead of a thick glossy coat, Hippo saw only charred flesh.

“If only I had listened to Lion, or even Jackal!” he wailed, then immediately plunged back into the water. To this day, to hide his embarrassment, Hippo spends the sunlit hours buried in the waters of the river. Only at night does he venture out, when he can eat without worrying who might catch a glimpse of his hideous hairless hide.

WHAT’S INSIDE “Where’s the Gift”

Where’s the Gift? is as profound a work as any I have read. Michael-John and Nigel Bristow’s simple understated approach sheds light on one of the most important things we all need to do more: listen and learn to all forms of feedback, without judgment or emotion. They have been talking about “mindfulness” long before it became popular. I believe Where’s the Gift? to be the single most important catalyst for any success I have today, professionally or personally.